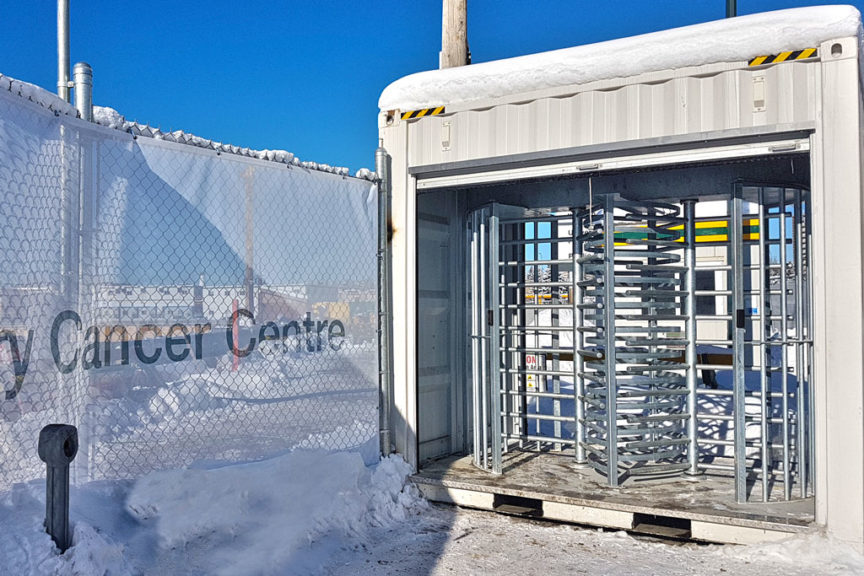 This was a unique project for D4 Systems, the client needed us to ensure a large construction site would be secure and providing people management, access control.

We built and installed custom sea cans that would house commercial turnstiles to make a portable gate system. Then we installed an access control system on the turnstiles to track workers on site and accurate worker hours.

It was critical the rest of the extensive perimeter of this site was secured, to solve this we mounted 13 cameras around the site and sent all footage back to a central recording station. All video going back to that station was sent wirelessly to avoid costly networking infrastructure. The client was then easily able to have live operators monitor the feeds to better protect the site for maximum safety and security. 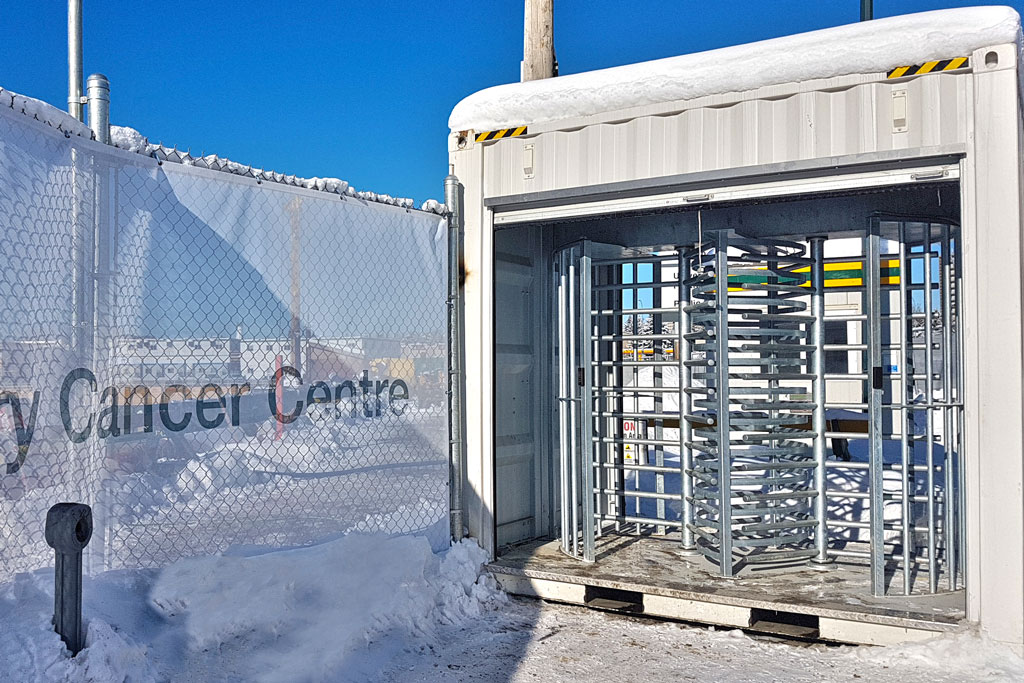 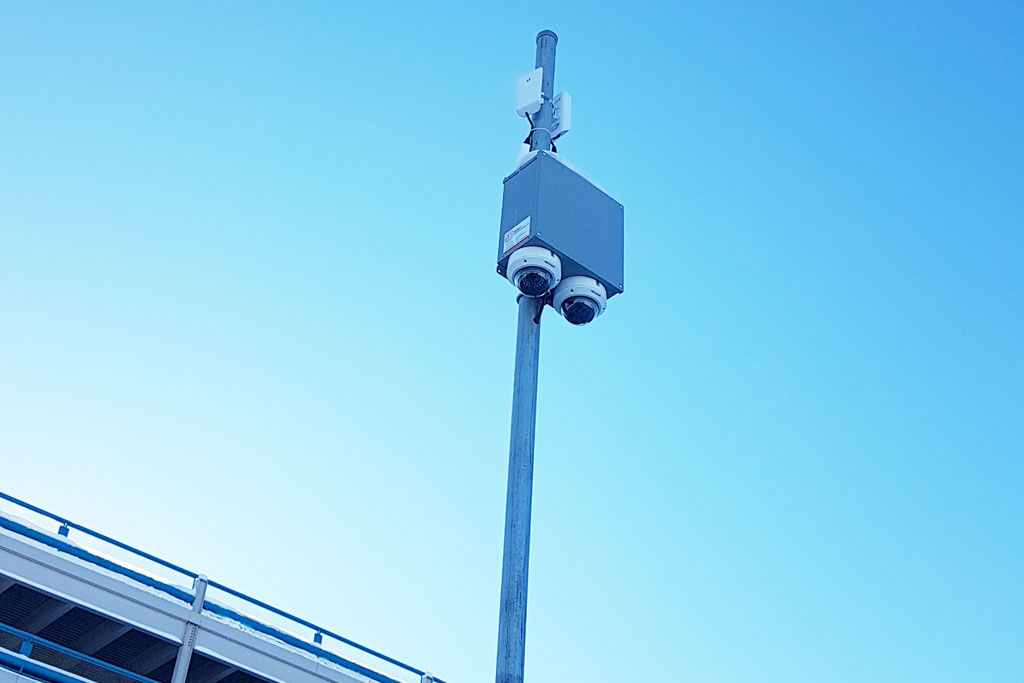